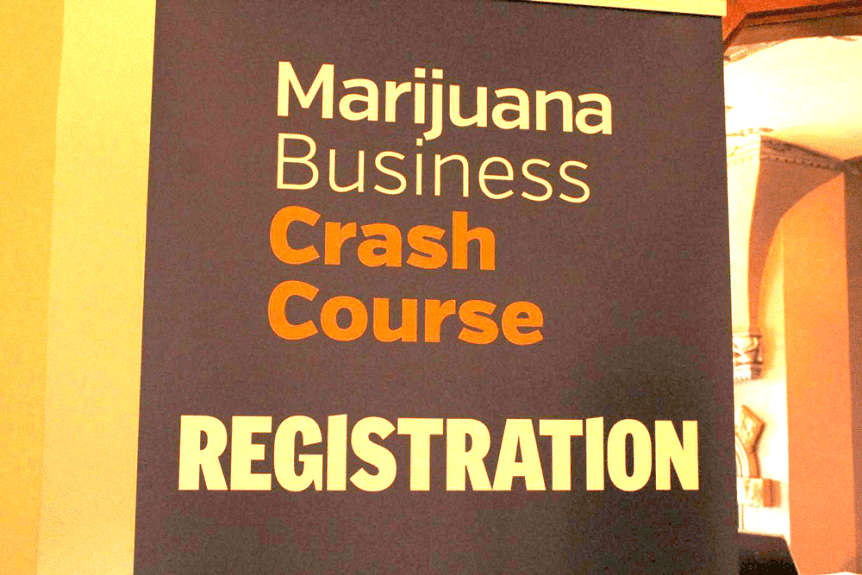 It is great to have the privilege of writing my first article for this publication, especially about one of my favorite things in the whole world, Marijuana Events. Sit back, relax, and let me do the footwork for you. Here is my account of a recent Ohio Cannabis Event that happened in Cleveland a few days ago.

On August 17th, I had the pleasure of attending the Marijuana Business Daily Seminar in Cleveland, Ohio. This was my first MBD event, and I must say I was quite impressed with their delivery and execution of the â€œCrash Courseâ€ they held at Cleveland’s own Doubletree Hotel.

I found easy access to the event venue along with free parking very close by. The hotel was marked clearly and I was able to get parked and into the seminar smoothly. The check in process was seamless as I was greeted with a cheerful smile by the MBD attendant and awarded a lanyard with my name printed on it that would be my ticket into all the events for the evening. She also handed me my course workbook as well as the Marijuana Business Daily Factbook Complimentary Excerpt that gave access to exclusive charts and findings along with a discount promo code to use online after the event.

As soon as I obtained my press pass, I followed signs that pointed me into the Crystal Ballroom where the event was being held. The layout of the event was very well organized with education being at the far end, check in in between, and a networking area on the other side. It helped that each station was on the same floor and very easy to navigate.

Once inside the ballroom, I was able to take a seat next to Thomas Haren, an LPA from Seeley, Savidge, Ebert & Gourash Co., in the front right where I could have a great view of the speakers and two large projector screens that displayed the presenters powerpoints upon them. Placed neatly upon the table in front of Â was a bottle of water, a copy of Marijuana Business Daily Magazine, as well as a pen and paper for note taking.

There were several speakers that spoke on a number of different topics such as House Bill 523 and and Cannabis Industry Security. One of my favorite speakers of the day was A Diane Czarkowski from Canna Advisors. She presented on: â€œThe Plant Behind The Industry: Cannabisâ€ and â€œReal Estate and Communityâ€.

She stated that in Ohio Local Municipality will play a huge role in where cannabis will be allowed to be sold. Â With the current bill, municipal governments can still opt out to having legal cannabis in their town depending on the vote of the community. She suggested the best way to get around these opt outs was to make strong and healthy connections at all local levels.

This means going to town meetings, collecting letters, and making sure that cannabis business operators are completely transparent with their business plans and what they intend to do for the community. She gave several examples for philanthropy activity that even other dispensaries are doing right now in legal states like wheelchair repairs and litter clean ups. One of my favorite examples for a great give back that she mentioned was a group called â€œNatural Highâ€™sâ€ that states via Â on their website that their mission is: â€œWE EXIST TO INSPIRE & EMPOWER YOUTH TO FIND THEIR NATURAL HIGH AND DEVELOP THE SKILLS & COURAGE TO LIVE LIFE WELL.â€

Along with a great presentation, Diane really showed the audience how to build a stable relationship with their local community as well as participate in the act of paying it forward. According to the Factbook in the year 2020, cannabis sales are destined to reach $40 – $45 Billion for recreational use. This could mean several green businesses and their affiliates working with nonprofits like this one to help change communities for the better.

After the morning seminar, we were given a chance to meet and greet other attendees at a lunch in held on the same floor. Dazzling chandeliers and rich wood work covered the room and a serve yourself style buffet was placed in the back of the room. I was able to grab a seat next to my partner as well as a mother daughter entrepreneurial team from Ohio and a two representatives from Wadsworth Control Systems and Delta T Solutions.

The food was a delicious selection of vegetable lasagna, herb potatoes, green beans, and soup along with a selection of different baked goods for dessert. It was a round table style seating so conversation was able to flow easily throughout the event attendees.

I was able to have a great conversation with Climate control pro, from Wadsworth Control Systems about the current Ohio market and itâ€™s future with Amanda Debevc. We were also able to start skimming the surface of the art of growing in â€œhoop housesâ€ as we spoke about new growing techniques. Â She was also able to give me a little insight into what itâ€™s like at the next Marijuana Business Daily Convention in Las Vegas Nevada. She said it was by far one of the best conferences she’s been to. Amanda described the layout as one that was well organized and possessed a certain elegance. As opposed to the â€œdeadhead crowdâ€ that seems to inhabit most of the cannabis cup events, this event is more designed to bring the account executives and entrepreneurs that are currently making or ready to make their marks in the industry.

After finishing lunch and a great conversation with my table, it was time to go back into the the ballroom to hear speakers address topics like Cannabis Testing and Business Funding. One of the last speakers and my table companion, was Tom Haren. I was able to watch Tom and Leslie Rosman present on a State Overview, giving insights into the Ohioâ€™s medical cannabis business structure that included a Retail Rundown and an Ancillary Business Landscape.

When asked about how he felt about the recent legalization efforts in Ohio from an LPA standpoint Tom replied, â€œThe legalization of medical marijuana in Ohio is a much needed step forward for Ohio patients. Now, though, comes the hard part. The Department of Commerce and the State Board of Pharmacy have been tasked with creating regulations for this nascent industry, and we will not know for some time whether those regulations will allow for an open, well-regulated, and functioning market.â€

After the seminar guests were able to stay for a cocktail networking hour where they could drink and connect with other entrepreneurs and business representatives. It was wonderful to see an event to weighted with networking opportunities for its attendees.

Overall I would this event a 4 leaf rating on a 5 leaf scale. This was a pleasant event with a great balance of networking and education all at the same time. My only suggestion would be to add more cultural diversity to the list of speakers as well as a longer q and a session.

Once again I would like thank Marijuana Business Daily for allowing me to cover it. If you have an event you would like myself or one of Ohio Cannabis.comâ€™s writers to cover, please email me at: passtreesplease@gmail.com 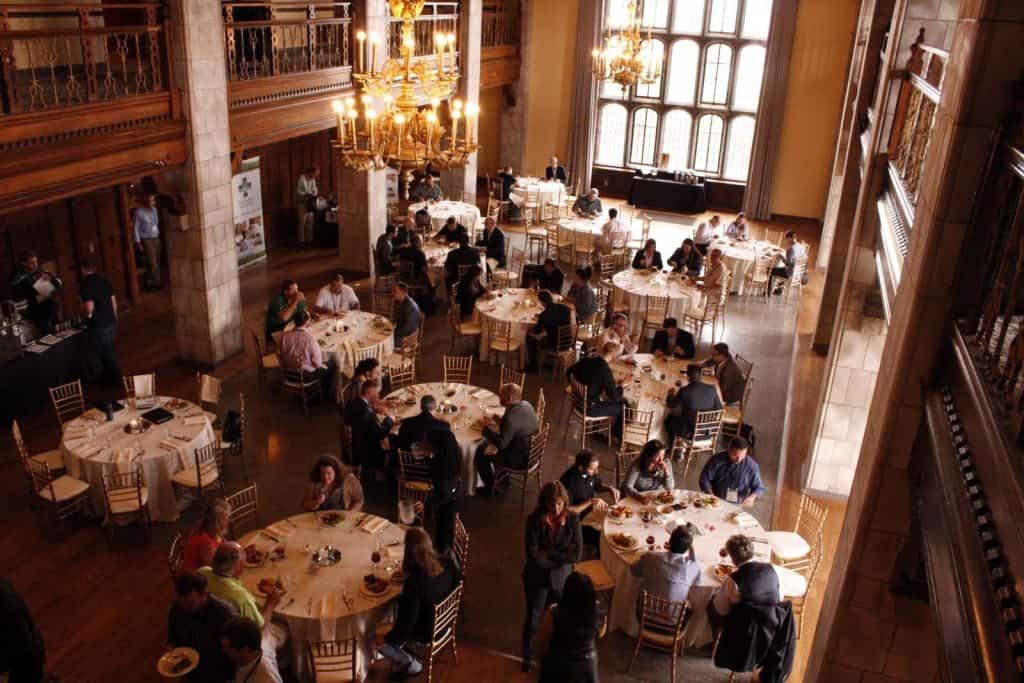 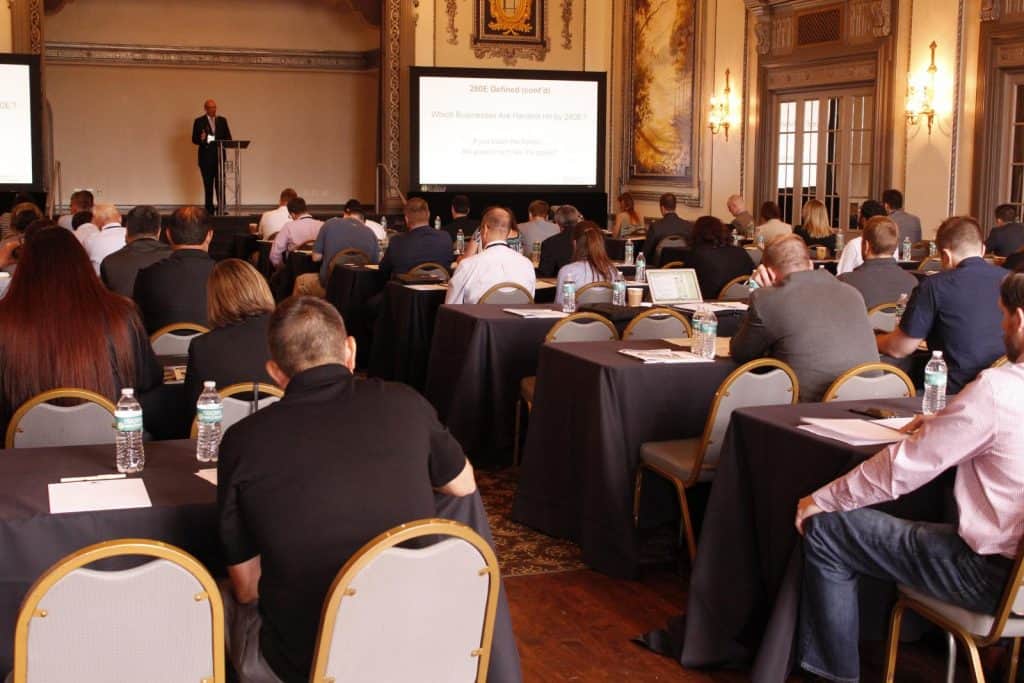