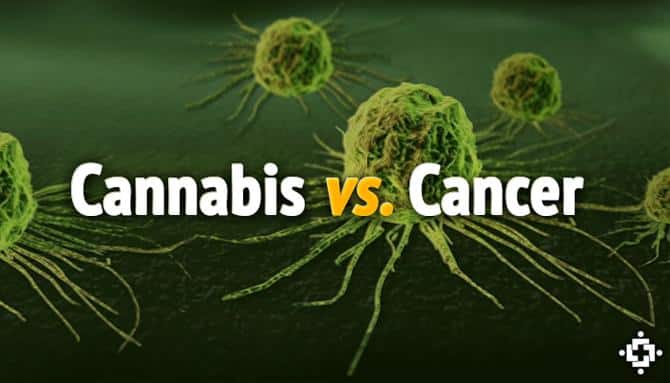 Lately, it might seem like the cannabis plant and many of the products associated with it are all the rage. Fortunately, as the formerly marginal reputation of marijuana has receded with the popularity of products like hemp and CBD oil, many researchers and advocates are looking to the powerful potential of this plant.

According to Cancer Statistics, 2018, approximately 4700 new cancer diagnoses every day. It should come as no surprise that many people are exploring the link between how a medicinal plant like cannabis can help to alleviate the symptoms associated with cancer and even cure the disease. Medical cannabis is often used when it comes to treating the side effects of chemotherapy, but what does the future hold for the primed plant?

With a lifetime probability of 39.7% of men and 37.6% of women being diagnosed with cancer, itâ€™s never been more important to understand the medicinal ability of CBD oil and marijuana seeds. While itâ€™s still too soon to tell exactly how cannabis can alleviate cancer, here are some of the recent developments on the therapeutic effect of marijuana and its possibilities.

Cancer and the Body

Given cancerâ€™s impact on a significant portion of the population, itâ€™s unfortunate that it also affects people in a variety of different ways. Yet, the name given to the disease, which is characterized by abnormal cell growth, can occur in more than 100 different forms in the lungs, the brain, the throat, the prostate and the bladder. While cancer can be the result of external or genetic factors, it occurs when old and damaged cells thrive to form masses of tissue known as tumors. Itâ€™s been determined that cannabis can assist with body pain and inflammation, but thereâ€™s limited research into what it can do to help deal with and prevent cancer given its status as a Schedule 1 drug. Fortunately, there are some good signs. When it comes to the side effects of chemotherapy, there are already on the market that are comprised of synthetic cannabinoids, a fact that seems to point to potential for the plant.

Combatting the Symptoms of Cancer

While little is still known about if cannabis can inhibit irregular cell growth, the plantâ€™s reputation as a powerful medicinal source means that it can potentially alleviate many of the symptoms associated with the disease. Because cannabis contains cannabinoids and interacts with the bodyâ€™s endocannabinoid system, which is made up of CB1 and CB2 receptors, it can actually work to balance and regulate many of the functions of the body. While cannabis can help with reducing inflammation and providing pain relief from the symptoms associated with cancer, it can also be a powerful means of dealing with the side effects of chemotherapy. Many cancer patients use cannabis to help improve sleep, prevent vomiting and stimulate the appetite, which can be caused by dealing with chemotherapy.

Could Cannabis Be a Cure?

There are numerous documented accounts from those who have used cannabis to treat cancer, but the jury is still out on the extent of its medicinal ability. â€œIf cannabis definitively cured cancer, I would have expected that I would have a lot more survivors,â€ says Dr. Donald I. Abrams, a leading oncologist at UCSF Osher Center for Integrative Medicine. But, some recent studies have revealed hope in dealing with the abnormal cell growth that characterizes cancer. A 2011 study by the American Association for Cancer Research determined that CBD oil killed cells linked to breast cancer but had little to no impact on normal breast cells. In addition, a 2015 study found that the rate of bladder cancer was 45% lower among those who used cannabis compared to those who did not. While there appear to be links between inhibited cell growth, further studies are required to determine the efficacy of cannabis. As Dr. David Meiri states, â€œâ€œThere is a large body of scientific data which indicates that cannabinoids specifically inhibit cancer cell growth and promote cancer cell death.â€

Using Cannabis to Deal with Cancer

If youâ€™re considering using cannabis as a means to cope with the symptoms of cancer or the side effects of chemotherapy, itâ€™s important to know as much information as you can. Youâ€™ll want to learn about what approaches worked for different types of people, what the studies say and what strains might be most effective in treating your particular illness. While it can be tempting to go the synthetic cannabinoid route, going natural when it comes to this type of treatment can be more effective since youâ€™ll know what youâ€™re getting and wonâ€™t be experiencing any unpleasant pharmaceutical side effects. It can also be beneficial to work with a health-care professional too so that you can rest assured youâ€™ll have the most pertinent information right at your fingertips. But, itâ€™s important that your cannabis use exists in conjunction with a healthy diet and lifestyle, as this can go a long way towards providing positive results.