On February 19th, 2017 I attended one of many to come Akron – Kent Norml meetings in the Acme Fresh Community room in Stow, Ohio. This meeting was by far one of the most refreshing events I’ve been to in  a long time. Numerous activists and cannabis enthusiasts gathered in a spacious community room inside Acme Fresh. Hosts provided snacks as well as a detailed agenda of what was to be covered during the meeting along with handout information like Freedom of the Leaf books and business cards they received during the the Cleveland Norml speed networking event that happened the day before.

Wendy B, president went over the general things like Treasurer’s Financial Report, New Business, Akron Sensible Marijuana Ordinance, Ohio Medical Cannabis Status, and Fundraisers / Events. She told us of events that would be coming up and went over information on the most current Akron Sensible Marijuana Ordinance or as Wendy referred to it, “De-penalization” Ordinance. This act, like the one introduced last year by myself and Mr. Gary Enos would make it a zero fine for the possession of marijuana up to 200 grams. In turn, this would drain the money out of these convictions and would defer police from busting criminals for small amounts of cannabis. For anyone who doesn’t know, 199 grams is about 7 ounces so this could be huge for everyone in the Akron area.

Action meetings are to begin soon to start training’s for signature collectors with the goal being 13,000 with approximately 8,000 valid signatures from Akron residents needed. This is more signatures than is needed than Cleveland, but with a little bit of encouragement and dedication, it is totally and completely possible. They are aiming for 11/07/2017 for the mayoral election so if you are interested in helping the cause and collecting signatures, please contact Akron / Kent NORML for more information or keep watching their Facebook page for updates.

The meeting briefly went over Ohio’s Medical Cannabis Status during the meeting. House Bill 523, became effective on 09/08/16 with rules adopted by 09/08/17 and fully operational by 09/08/18. Newly proposed rules include 60 dispensaries with possibly more occurring by 2018 and 24 grow sites with 12 being level 1 and 12 being level 2. Norml Members also encourage people to post feedback about the Ohio Medical Marijuana Program Rules, confirming that the rules have already been changed TWICE due to Ohioan’s emailing their feedback.

Stated in one of the handouts titled “Ohio Department of Commerce Processor Rules – Public Input Accepted** “ the Department announced the following: “As one of three state government agencies responsible for developing, implementing, and overseeing the state’s Medical Marijuana Control Program, the Ohio Department of Commerce is tasked with developing rules that will govern the operation of medical marijuana processors in the state of Ohio. The primary focus of the rules is to develop a program that ensures the safety of the public and access to a safe medical product.

The draft rules presented to the Medical Marijuana Advisory Committee were developed after bench-marking with other states and talking with industry experts. The draft rules include flexibility to allow the program to respond to changes in demand.

The Department is accepting public input on the draft rules. The draft rules are available on the Medical Marijuana Control Program website, medicalmarijuana.ohio.gov/rules.”

Despite the fact that this handout stated that all comments placed after Feb. 10th will not be considered for the Processor and Packaging Part, I would encourage activists and citizens alike to send your feedback and suggestions on all aspects of the program to their listed comment accepted email address which is: MMCPRules@com.ohio.gov. For more information you can also visit their website at: medicalmarijauana.ohio.gov.

OhioCannabis.com has also came out with a promo video that explains why it is so important that they receive your feedback that you can find here: OhioCannabis.com Promo Video

One of the last things the meeting addressed was some of the fundraisers and events coming up. On 4/21 Akron / Kent Norml will be partnering with the Vortex for the Still B?azin event where artists like North Coast Shakedown and Tha Grimey Onez will be performing. There will also be a Miss 420 Beauty Pageant with Cash Prize. Entry is $8.00 and the doors open at 7:30pm. 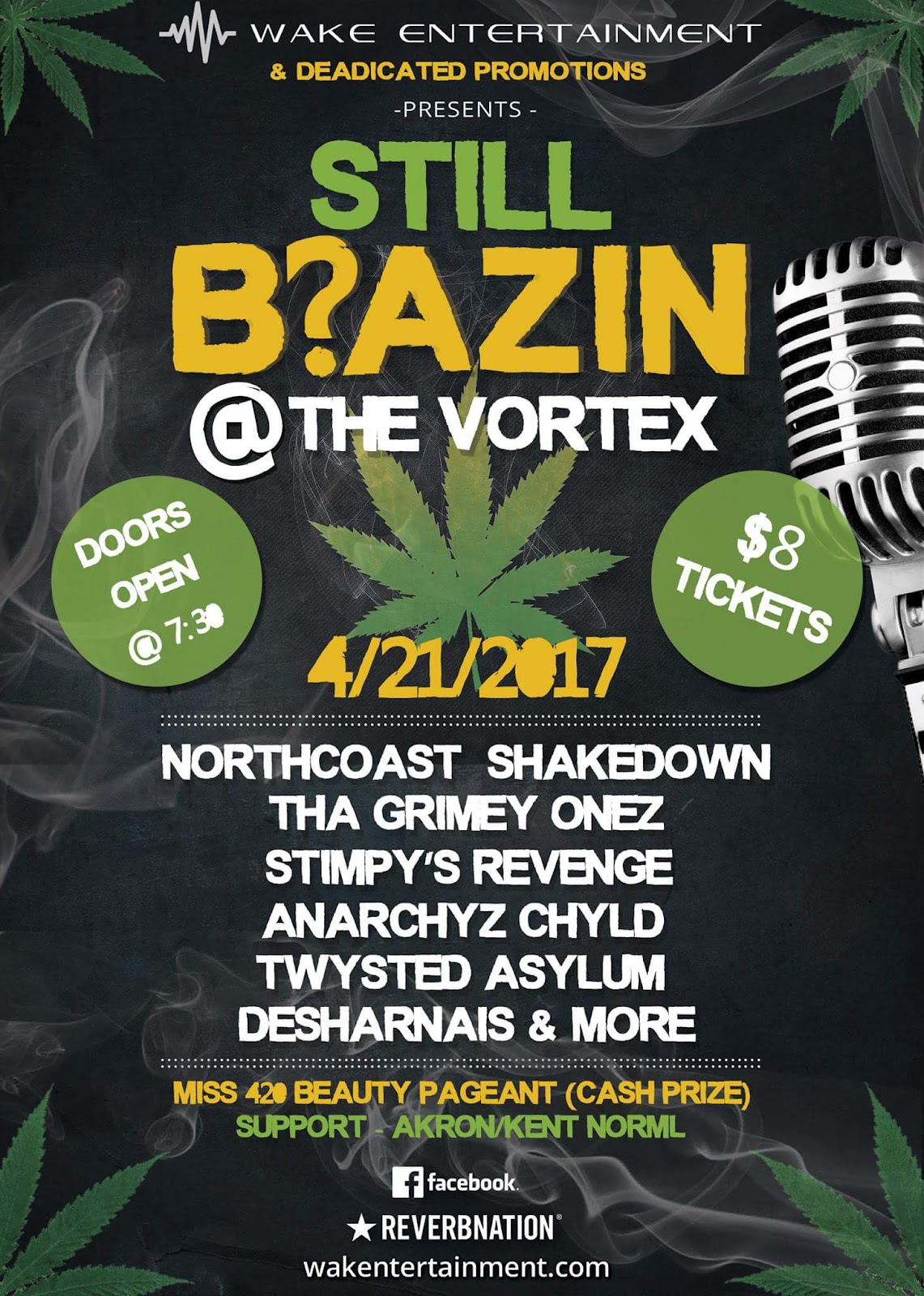 The other event coming up is the Annual Cleveland Global Marijuana March @ Fort Huntington Park at high noon. I don’t have much information about this one right now but I promise I will get it to my readers as soon as it becomes available.

Overall, it was fantastic to see Miss Jolie again and to have the chance to meet Wendy B and Nycole Brownfield in person and get them connected with Canton Super Star Activist, Kimberly Dinsio.

I am very excited for this year and to have the opportunity to work with this amazing group in the future. I will be planning on attending as many meetings as possible and will keep my readers posted on what’s going on with Bud in the Buckeye State.

Much Love & Until Next Time, Stay Pushing